Last Monday evening, the 35th Braunschweig International Film Festival (BIFF), which takes place from 1 to 7 November, was opened with a spectacular film concert at 'Großes Haus' of the Braunschweig Staatstheater!

This year's Braunschweig International Film Festival (BIFF) will take place from 1 to 7 November – with a hybrid event concept: both in the cinemas on site and online. Last Monday evening, the festival at ‘Großes Haus’ of the Staatstheater Braunschweig received its impressive start with the film concert of "Der Golem, wie er in die Welt kam" (1920).

Braunschweig, 02 November 2021. Finally: The 35th Braunschweig International Film Festival was officially opened with the film concert of Paul Wegener's "Der Golem, wie er in die Welt kam". In the early evening, the Staatstheater Braunschweig opened its doors and invited film enthusiasts to a symphonic spectacle – because the music for the film, composed by Hans Landsberger, was played by the Braunschweiger Staatsorchester: A cinematic and musical symbiosis. Board member Clemens Williges emphasizes the spectacle: "Landsberger's composition is extremely demanding. The Braunschweig State Orchestra under the conducting of Burkhard Götze played magnificently. A magical evening!" Götze was also enthusiastic about a performance "full of passion, with a lot of sound, and sense, the Gesamtkunstwerk with the wonderful film restoration of the Filmmuseum München."

Stefan Drössler from the Munich Film Museum, who is responsible for the restoration of the 90-minute silent film, is not only pleased about the successful cooperation with the festival, but also about being able to experience the Gesamtkunstwerk in interaction with such a large orchestra: "Here it sounded most beautiful – it was excellently conducted!" For Richard Siedhoff, who reconstructed the music for the film, it was also "a breathtaking experience" after three years of work to "finally be able to enjoy Landsberger's composition live". He also sees this as a great commemoration of Hans Landsberger, the Jewish composer who died in the Holocaust: "This is his only surviving work, which can now finally be experienced again."

In addition to the new festival dual leaders Karina Gauerhof and Anke Hagenbüchner, the new mayor of Braunschweig, Dr.  Thorsten Kornblum on the stage of the Staatstheater the right words, both at the beginning of his term of office, as well as at the start of the 35th Braunschweig International Film Festival: "This is a long tradition – a lot of loved and at the same time a lot of new things, again and again, so also this year with a lot of innovation. Let's start with the new: After seven years ulrich Markurth has welcomed you as Lord Mayor at this point, this time you see a new face. May I introduce myself: Kornblum, Thorsten Kornblum, your new Lord Mayor. Today, on my first day at work, the opening of the film festival is one of my first official dates and will certainly remain in my memory."

This successful opening was made possible above all by the festival's loyal main sponsor, Volkswagen Financial Services. "Finally it starts. We at Volkswagen Financial Services are already very excited about the 35th Braunschweig International Film Festival, which is now beginning, and wish all artists and viewers as well as the Filmfest team inspiring and entertaining days in the film city of Braunschweig," says Uwe Tschischak, Head of Corporate Communications of the main sponsor. The company has been supporting the Braunschweig International Film Festival for 25 years.

Movie enjoyment in and outside the region

With this year's hybrid concept – the combination of face-to-face events and online offerings – the festival programme can also be experienced exclusively online at any time. The digital screen enables a higher reach, which means that Braunschweig festival fans throughout Germany can also get their money's worth.

Of course, the initiators focus on the experience on site. The cinema as a magical place invites the audience back into the cinema halls and other venues through numerous film screenings and a wide variety of special events. It is about the direct encounter with film enthusiasts, filmmakers, actors – dialogue, philosophizing and networking. Thorsten Rinke, Chairman of the Board of the Filmfest Association, emphasizes with regard to the hygiene concept: "Of course, we are competing with a Corona-compliant overall concept. We hope to bring people back to the cinema, to the darkening hall, in front of the curtain that opens, to the expectation of experiencing something very special together with others. Because films belong on a big screen for us!"

Until 7 November, film enthusiasts now have the opportunity to enjoy the multifaceted programme with numerous interesting and entertaining events. With a total of 228 short and feature films, 55 premieres and including 42 German and nine world premieres, the BIFF once again offers a diverse mix this year in which all cineastes can find what they are looking for. Tickets for the respective screenings and events can be purchased both on site at the box office and online. Further information can be found at www.filmfest-braunschweig.de, as well as on social media on Facebook and Instagram.

Tickets for films and special events:

Universum Filmtheater, Neue Straße 8, 38100 Braunschweig and in the

from 10 a.m. to 15 minutes after the start of the last performance

Tickets for the online festival: 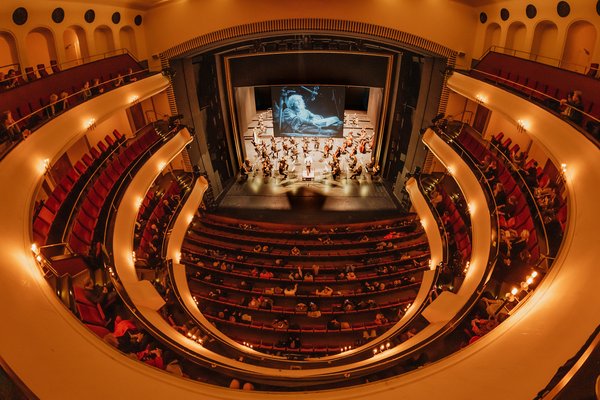 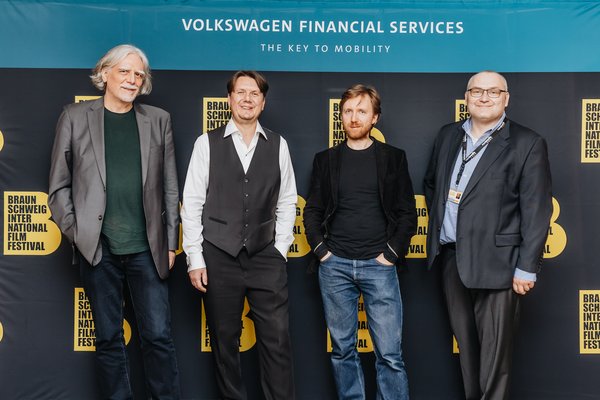 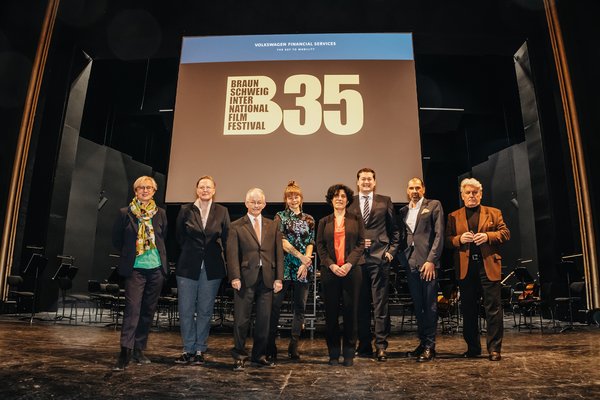 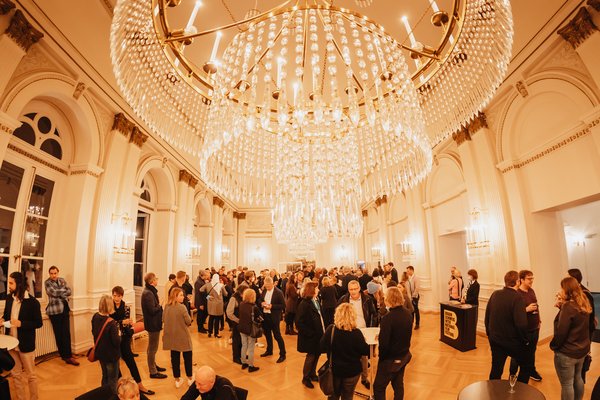 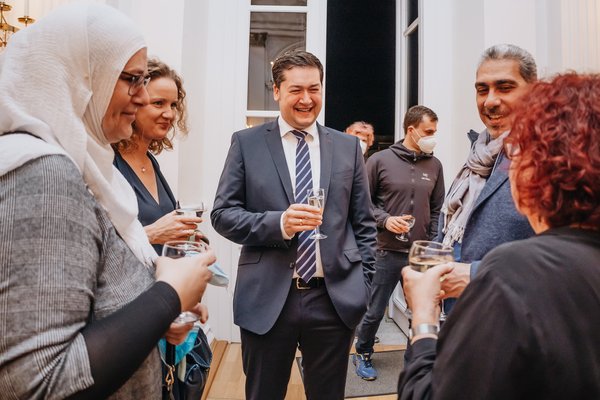 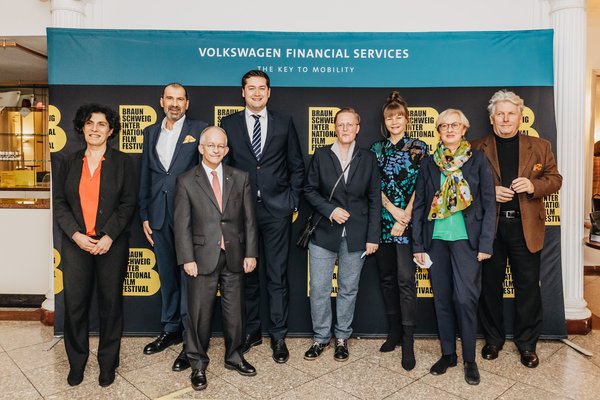 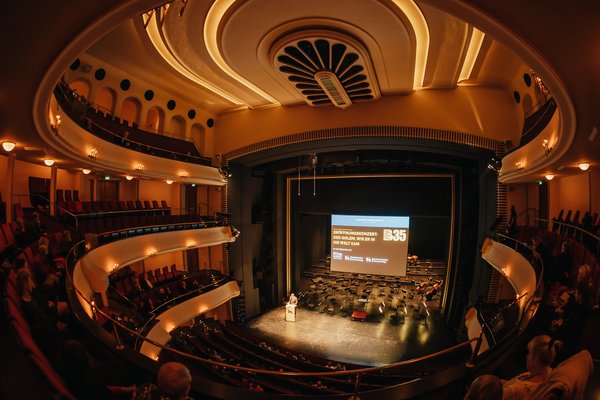