The 36th edition of the Braunschweig International Film Festival (BIFF) will take place from November 07th to 13th.

In this context, the BIFF presents, among other highlights, "Die EUROPA", the award for outstanding acting achievements and services to European film culture together with the main sponsor Volkswagen Financial Services: This year, the 25,000 euro award goes to the renowned Austrian-German actress Senta Berger. Berger will receive "Die EUROPA" in person at the award ceremony on Saturday, November 12th and will also be on hand for a discussion with film critic Daniel Kothenschulte.

A week full of cinema, film enjoyment and exciting guests

In 2022, the 36th BIFF will kick off with a total of 246 short and feature-length films, many exciting special events - including one in St. Michaeliskirche - as well as a new record prize money of 67,000 euros for the festival's total of ten prizes. As the International Film Festival Braunschweig e.V., organizer of the BIFF announced today at a press conference together with the festival management and the main sponsor Volkswagen Financial Services, film enthusiasts and friends of cinema can look forward to a total of 246 short and feature-length films, 52 premieres, including 41 German premieres. "Especially in this eventful year, we want to invite all Cineasts from Braunschweig, the region and also beyond from 07 to 13 November again to a week full of film enjoyment. In addition to a special series with a Ukrainian focus for a given occasion, the diverse program series will take the audience on a journey through the worlds of film", outlines Thorsten Rinke, Chairman of the Board of the Filmfest-Verein. This year, he said, the effects of the pandemic are still being felt, but the film festival is looking optimistically towards the future with a strong and diverse program. The festival management of the Braunschweig International Film Festival continues to be in the hands of Karina Gauerhof (Head of Program) and Anke Hagenbüchner-Sobiech (Head of Festival Organization): "Special thanks goes to Nordmedia, the City of Braunschweig, the State of Lower Saxony and our long-standing main sponsor Volkswagen Financial Services for their generous support once again - this year even with increased commitment, which cannot be taken for granted, especially in times of crisis," the two add.

Festive opening: 20 years of cooperation with the Braunschweig State Orchestra

The festival will be opened on the evening of November 7 with a film concert, which will be realized together with the Braunschweig State Orchestra. On the occasion of the 20th anniversary of BIFF's cooperation with the Braunschweig State Orchestra, the traditional opening concert will take place on Monday, November 07 at the ASTOR Filmtheater. The 36th BIFF opens with SAFETY LAST! (1923), the ultimate pinnacle of the thrill comedy sub-genre developed by comedian Harold Lloyd. U.S. composer Carl Davis drew inspiration from the popular music of the 1920s in his new composition for SAFETY LAST! The opening concert will be conducted by Helmut Imig, who has been a guest at BIFF several times since 2010.

"Die EUROPA", with a sum of 25,000 euros, is the most valuable prize awarded at BIFF. The award honors outstanding acting performances and services to European film culture. During the award ceremony on November 12 in the Great House of the State Theater, "Die EUROPA" 2022 will be presented to the Austrian-German actress and film producer Senta Berger. With over 100 film productions, legendary theater appearances and numerous television roles, she is one of the most successful representatives of German, European and international film and even made the leap to Hollywood. With her husband, Michael Verhoeven, she founded the production company Sentana, (co)-produced and starred in films such as DIE WEISSE ROSE. She is also a founding member of the German Film Academy and served as its president until 2010. Social commitment, such as her support for Plan International and its "Because I am a Girl" campaign, also accompanies her impressive career, which began with her film debut in 1950.

In addition to the many award winners of the festival, many other exciting guests come to the Lion City every year on the occasion of the BIFF. One of them will be the Briton Peter Strickland. The European filmmaker is considered probably the most exciting solitaire in the world of contemporary arthouse film. With five feature films and numerous short films, Strickland has created a unique cinematic cosmos in which pretension and trash, art and genre do not form opposites. Strickland transforms his own visual and aural experiences as well as a wide variety of human obsessions into multi-layered, relational film art, which he will present in person at BIFF.  In addition, there will be a free workshop talk with Strickland in the Red Room at the Palace on Festival Saturday, November 12.

In light of Russia's harrowing war of aggression against Ukraine, BIFF wants to highlight Ukraine's film culture this year and provide a platform for Ukrainian film festivals. This is how the cooperations with the Odesa International Film Festival (OIFF) as well as with the Kyiv International Short Film Festival (KISFF) came about. The "Independents" program, curated by OIFF, will screen a selection of the most outstanding Ukrainian films made during the country's 30 years of independence (1991-2021). The retrospective, consisting of seven films, was compiled based on a list of the 100 best films in the history of Ukrainian cinema. The KISFF-curated short film program FOCUS ON UKRAINE will focus on five outstanding and multi-award-winning short films by Ukrainian women directors. This program focus is supported by the Bürgerstiftung Braunschweig.

With the new film award "ECHT", the BIFF in cooperation with the Association for Sexual Emancipation e.V. honors lesbian, bisexual, gay, trans*, inter and queer filmmaking. The jury prize is endowed with a sum of 2,500 euros and is donated by the Verein für sexuelle Emanzipation e.V., financed with funds from the Queer Network of Lower Saxony. The "ECHT" is joined this year by another important film award: the short film award "Die EDDA". Seven international short films are in the running for this award, which is endowed with 2,000 euros, and the audience decides the winning film. The prize is sponsored by the Braunschweiger Land Foundation.

BIFF and Volkswagen Financial Services: Together for the region

The local region is also at the forefront of the Heimspiel series: in this category, the best film with a regional connection is awarded a jury prize. This year, too, a wide range of feature-length and short films will be presented. Behind this are, for example, a production team of native Braunschweigers who always have a crate of Wolters in the refrigerator in their Berlin office (THE DEVIL'S DRIVERS), as well as, among others, young people from the Provost's Office in Bad Harzburg who, together with their deacon, were able to realize a film with, among others, Frederick Lau and Didi Hallervorden (FISCH IM FELL). In addition, cinematic works from the University of Hildesheim and the University of Music, Drama and Media in Hanover will be shown. With filming locations in Braunschweig, Hanover, the Harz mountains and all the surrounding villages, forests and fields, the region once again offers an exciting backdrop for the Heimspiel series - this year with four feature films, one documentary and one short film program.

Even before the festival starts, an extraordinary screening will take place on Friday, October 28 in cooperation with the Braunschweig LAUT Klub, known for its electronic music events and run by the Kunst- und Kulturverein Braunschweig e.V.: Lockdown, Lockerungschaos, Regelwahn - the documentary GESCHLOSSENE GESELLSCHAFT accompanies four very different clubs on their way through the pandemic and shows that the club industry is not a profession, but rather a vocation, director Hans von Brockhausen will be personally present at the screening. In addition, a discussion with regional club operators will take place after the screening.

With a view to the autumn and the current pandemic situation, Anke Hagenbüchner-Sobiech, head of the festival organization, explains: "The general conditions for the events associated with the Corona pandemic will become clear in the course of the next few weeks. With regard to hygiene concepts, we are also dependent on the requirements of the state and city this year." 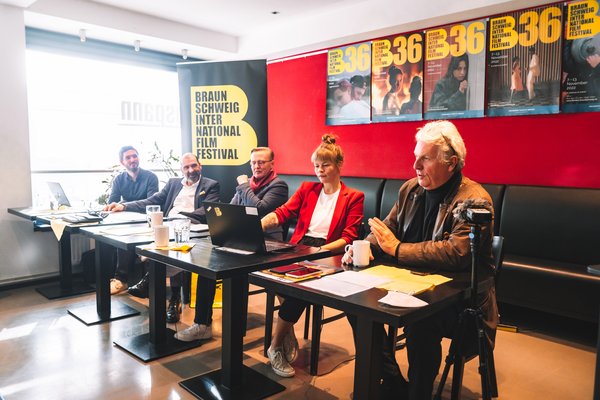 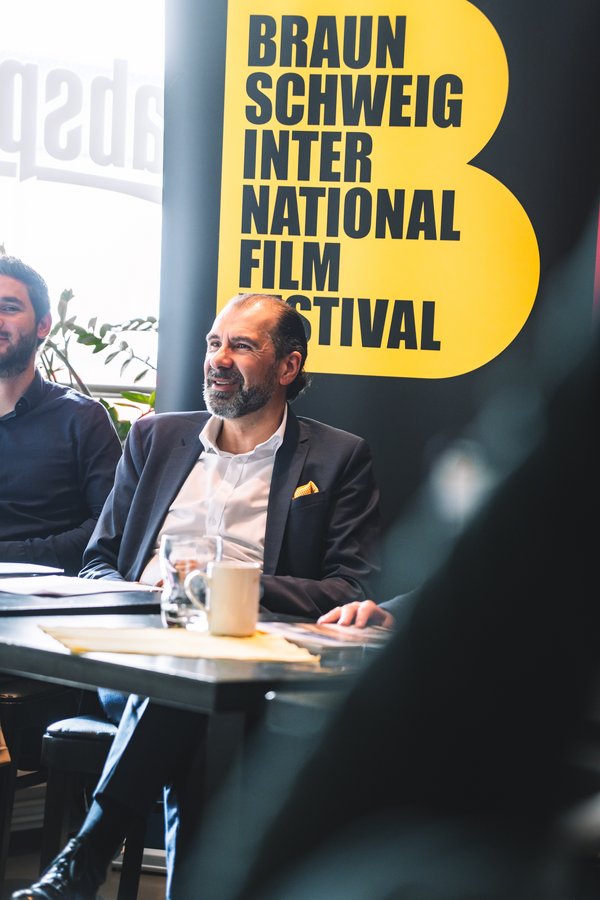 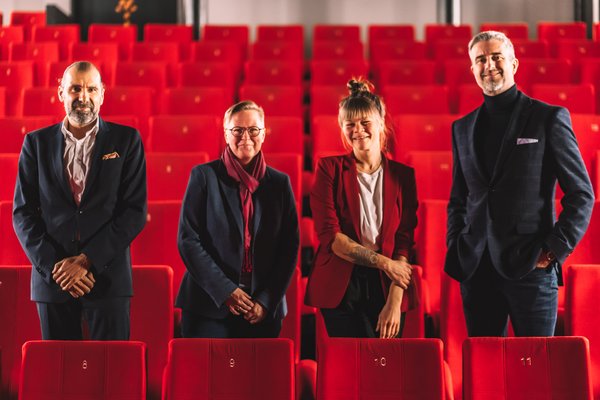 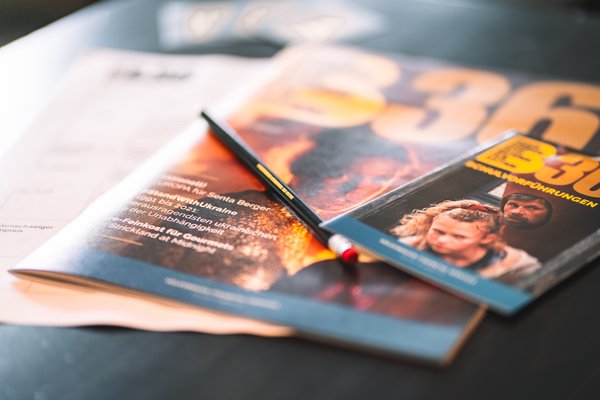 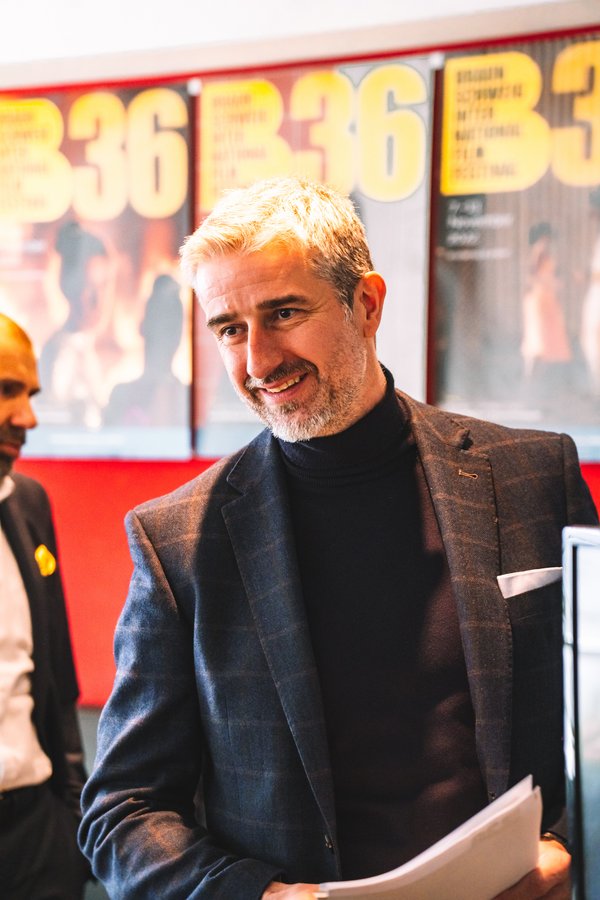 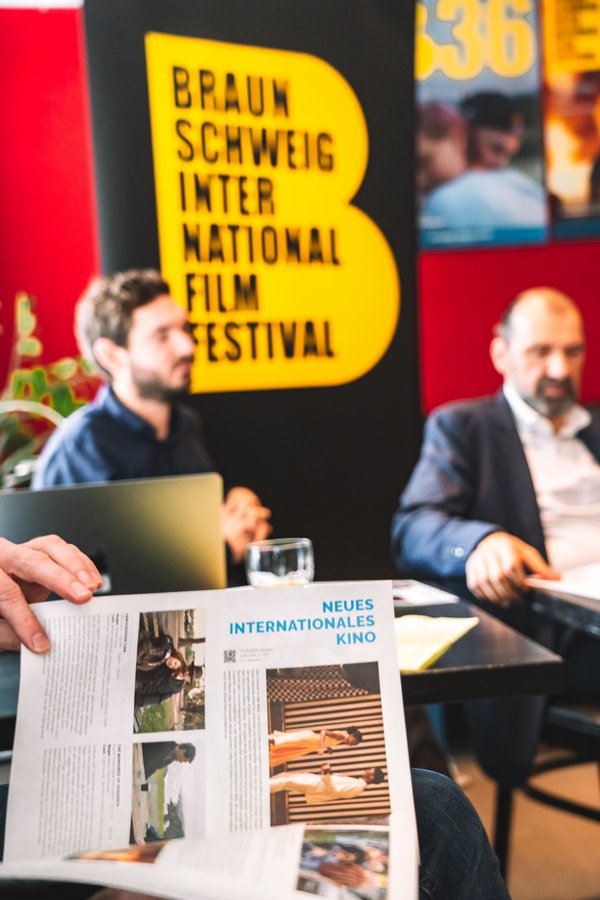 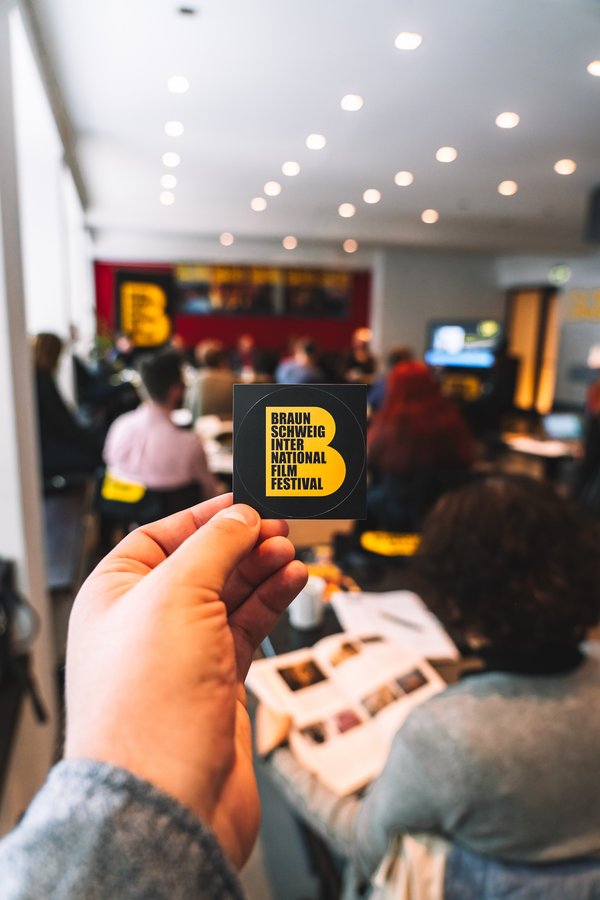