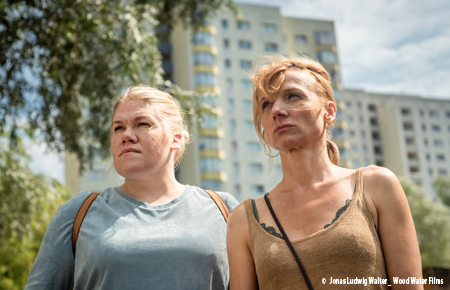 In 2019 HOMEMATCH is a visit to our neighbours. It is a portrait of the region’s people. Next to feature films that take us to Italian restaurants in Wolfsburg (FINALLY MARRIED) or solve murders at the Kennel (SANDDORN - ENDSTATION BRAUNSCHWEIG) the documentaries dare to take us to the dirty corners of our region where we like to look away. We tag along with homeless ROBERT on his journey through Braunschweig, visit the LOVEMOBILs at the B1 and learn what the HI-Virus did to the art scene and whole groups of friends in the 90s from Prof. Michael Brynntrup (RETTET DAS FEUER). And in between all that seriousness there are zombie hunters (VON BRAUNSCHWEIG), comedians from Hannover (DRIVE-IN TERTAINMENT), filmfest association member’s that collect things from all over the world (OF THINGS) and forgotten heroes (DISCOVERING OTTO). That is the exact mixture that makes THE HOMEMATCH what it is: festival successes (MARINA, LOVEMOBIL, RETTET DAS FEUER) and locally shot and produced films (BIS DIE WELT EINEN RAND BEKOMMT, KLEINE GROSSE KÄMPFER).

THE HOMEMATCH Award is financed by VOLKSWAGEN FINANCIAL SERVICES.