Four weeks before the launch of its first online-edition, Braunschweig International Film Festival announces the 2020 line up. Between November 2 and 8, the festival will present 82 films in five competition and special sections. The young European cinema takes center stage with two main awards to be won: the audience award “Der Heinrich” and the “Volkswagen Financial Service Award”. Altogether, the festival grants seven prizes totalling 33.500 Euros. A new addition to the program is the section “International Documentary Film” with a focus on documentary filmmaking in Canada. On preview day, October 24th, visitors will have a first chance to look at the new online platform, online-filmfest-braunschweig.de. For seven days, starting with the opening night on Monday, November 2, at 6 pm, nearly all films can be watched throughout Germany around the clock.

The young European cinema takes center stage in the two main competitions. Ten new European feature films, seven of them German premieres, compete for the audience award „Der Heinrich“ and for the „Volkswagen Financial Services Award”, granted by a three-member jury. Both awards are supported by the festival’s main sponsor, Volkswagen Financial Services, with 10.000 Euros each.

Ten international productions compete for “Die Tilda”, an award for female filmmakers donated by 67 women who are part of Braunschweig’s cultural life. This year, 40% of all presented films are produced by female directors. The “Braunschweiger Filmpreis”, worth 3.000 Euros, is awarded to the best newcomer actress/actor. This prize is supported by a group of Braunschweig friends of cinema.

A jury of six young people from Germany and France selects the winner of the German-French “KINEMA-Jugendpreis” for the best debut feature from either Germany or France, which is sponsored by the Land of Lower Saxony, the Académie de Rouen and the Antenne Métropole. Not least, the festival grants the „Green Horizons Award “, given to the best film themed around sustainability with a prize money of 2.500 Euros. Thus, BIFF awards prizes totalling 33.500 Euros.

The festival’s international short film program presents 33 films, among them the 10 productions of the EFA Shorts, a list of short films which won awards at European festivals, compiled by the European Film Academy.

New to the program is the section “International Documentary Films”, which includes a series of films titled “Focus Canada – Reclaiming Histories”. With generations of immigrants, indigenous communities, and its bilingualism, Canada has a long-standing history in handling diversity. “The program RECLAIMING HISTORIES shows facets of a vital, at times painful process. It is an invitation to focus on an area of conflict, an area where periphery and center are about to change”, says festival director Andreas Lewin in reference to the six new Canadian productions.

Between November 5, 2020 and February 15, 2021, the festival presents a selection of films from “Focus Canada” at the “Gästezimmer” (Guest Room) of the Kunstverein Braunschweig.

The project „Focus Canada – Reclaiming Histories” is part of the cultural program which accompanies Canada’s “Guest of Honour” presence at the Frankfurt Bookfair 2020. The project is supported by the Canada Council of the Arts and the Government of Canada. 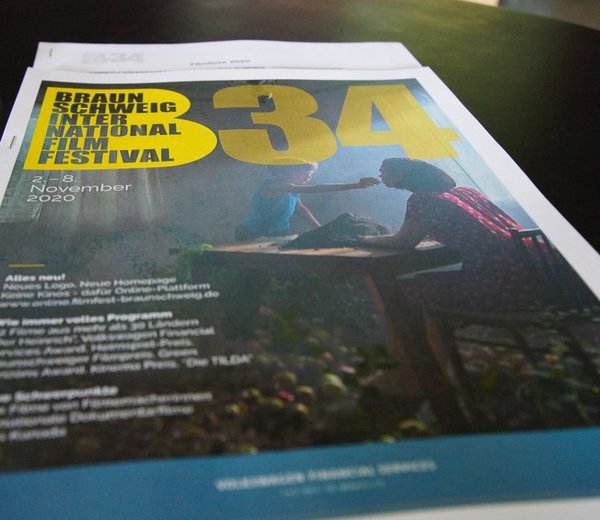