French director Sarah Suco wins the € 2,000 German-French youth award KINEMA at the 34th Braunschweig International Film Festival. From a selection of six films, a jury of four 17-year old teenagers chose to give the award to the film drama about a young woman whose family falls under the spell of a religious sect. Last week, Sarah Suco’s “Les Éblouis” had already won the audience award “Der Heinrich”, endowed with a prize money of €10,000. The jury awarded a special mention to „Kids Run“ directed by Barbara Ott.

„Les Éblouis” (international title: „The Dazzled“) by Sarah Suco is a coming-of-age story based on true events. Camille moves with her family to live with a religious community. This leads to severe restrictions of her personal freedom. The more Camille realizes that the community resembles a sect where exorcism and sexual abuse are a regular occurrence, the more she struggles. She must decide: either to betray her parents and the community – or to betray herself.

The jury’s statement: „This feature film stands out due to its earnest and intimate script about the modes of covert violence. What happens in this community may, at first, seem brotherly and tender. Yet gradually, the audience realizes that this seemingly benevolent community is nothing but an illusion. Through the eyes of Camille, the unbearable environment becomes highly tangible. The way in which the teenager and her siblings endure the oppression makes this story even more shocking and touching.”

The force of the story is sustained by the exquisite interpretation of the actors, particularly the performance of the young actress Céleste Brunnquell. The setting as well as the costumes further enhance the intense effects of this drama. This autobiographical, nightmarishly realistic film is a powerful, moving, and profoundly genuine debut of a courageous director.

„Kids Run” is another film that impressed us and that we discussed at length, which is why it receives a special mention. In her debut film, Barbara Ott succeeds to show with great poignancy how a loving, sometimes aggressive father stops at nothing to escape a hopeless situation and improve the life of his children.”

The jury consisted of Tristan Karock from Hameln, Elsa Wilts from Hannover as well as Jade Ntsiegori and Thomas Tahaghoghi Vatani from Franqueville-Saint-Pierre (Normandy), supported by the expert advice of director Gordian Maugg.

The other films competing for the KINEMA Award were: “Mein Schatten über mir”(international title: “In My Shadow”) by Victor Gütay, “Slalom” by Charlène Favier, “Back Home” by Jessica Paul, and “Albträumer” (international title:”Darkdreamers”) by Philipp Klinger.

The award is supported by the Land of Lower Saxony, the Académie de Rouen in Normandy, the school cinema project Kinema of Lower Saxony, and the Antenne Métropole of the metropolitan area Hanover-Braunschweig-Göttingen-Wolfsburg. 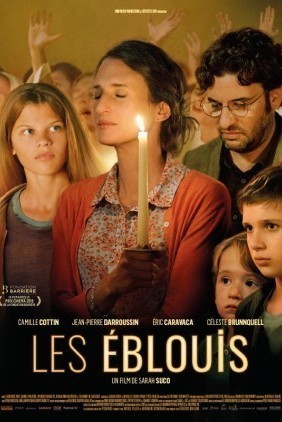