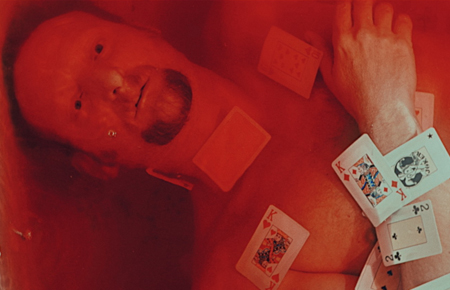 Cinestrange meets BIFF, 2. Klappe: The successful and fruitful cooperation between the two Braunschweig film festivals, which began last year, is fortunately being continued. Once again, the audience can look forward to three films which will be shown at a late hour on three evenings in cooperation with the film magazine DEADLINE. The last three festival evenings from Thursday to Saturday have been chosen for this purpose. You can expect exquisite fare from all over the world. Included in the programme is first of

all a classic of the adult animation film genre from 1989: UROTSUKIDÔJI - LEGEND OF THE OVERFIEND. An excellent 35mm copy was discovered and scanned in 2K. The second film is ABRAKADABRA, a brand new, atmospherically suitable Giallo, which became the favourite of the audience at numerous established international fantastic film festivals. Film No. 3 was unfortunately not fixed at the time of going to press, but in the programme catalogue, film schdeule and online you will find what you are looking for and can rely on the good taste of the entire team that no bullshit will be offered. #winkersmiley