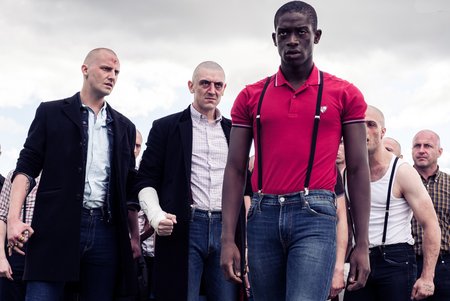 In the competition for the best debut or second film, the audience prize "Der Heinrich" will again be awarded this year to an outstanding European production. The coveted trophy, with a prize money of 10,000 euros, has been donated by Volkswagen Financial Services and will be divided between film director and distributor. This time, 10 cutting-edge films from 10 countries will be screened, including 9 German premieres! The films include the psychological thriller SHE'S MISSING as well as the retro-futuristic film noir I AM LYING NOW. FARMING tells the crass story of a boy growing up in a foster family, and SOLE is about a fake adoption. The subject of family is also the focus of the touching debut film SASHA WAS HERE. In THE BEST OF DORIEN B. strong family ties are put into question. There are many special cinema moments to look forward to! The public award ceremony will be taking place on Saturday, 23.11., in the Staatstheater. Make sure you vote! In addition, a jury prize will again be awarded in the European competition: the "Volkswagen Financial Services Film Prize", also endowed with 10,000 euros and sponsored by Volkswagen Financial Services.

The winning films will be repeated in ASTOR (previously C1 Cinema) on Sunday.