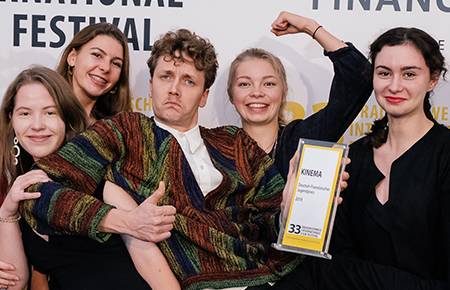 What is the origin of the name KINEMA? The made-up word blends the German term “Kino” with its French translation “cinema”. Six debut and second films from Germany and France compete for the KINEMA-Award worth EUR 2,000. The winner will be chosen by a jury of six young people from Normandy, France, and Lower Saxony, Germany. German director Gordian Maugg will advise the young jury during their bilingual discussions and in their final decision.

The award is supported by the Land of Lower Saxony, the Académie de Rouen in Normandy, the school cinema project Kinema of Lower Saxony, and the Antenne Métropole of the metropolitan area Hanover-Braunschweig-Göttingen-Wolfsburg.