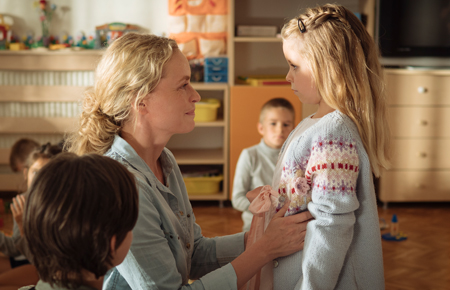 At this year's Film Festival we are presenting eight German feature films that reflect the broad spectrum of the German-language film. Of these, six debut and second films by promising up-and-coming male and female directors will be featured in the programme. This is where the female filmmakers in particular will make an appearance. This year too, films with drama will clearly be at centre stage. At the same time, the films will surprise us with a wide variety of subjects. Whether in BÜEZER from Switzerland, in which Joel Basman plays a young man who, under a false identity, tries to please a young woman, or in DER LÄUFER (THE RUNNER) by Hannes Baumgarten, in which the double life of a top athlete is told – all these films show the dark side of everyday life. In MEIN ENDE. DEIN ANFANG. (MY END, YOUR START) Mariko Minoguchi tells about the Déjà vu after a bank robbery and in KOPFPLATZEN (HEAD BURST) by Savaş Ceviz, Max Riemelt embodies the role of a paedophile. Stylistically, the debut film by Annika Blendl and Leonie Stade, ALL I NEVER WANTED, a cross between documentary and feature film, stands out. We are also delighted to present actress Nina Hoss, the 2017 European Prize winner, in the film PELIKANBLUT (PELICAN BLOOD) by director Katrin Gebbe.

The series NEW GERMAN FILMS will again be sponsored by gaertner datensysteme this year.