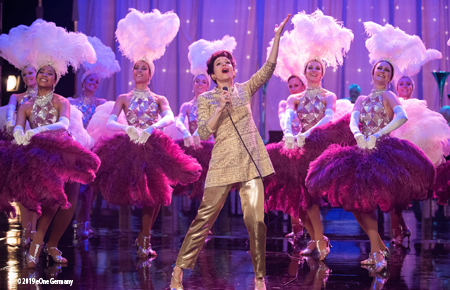 Following the proven pattern, a special film will be shown every day at PRIME TIME, which either promises big names (e.g. Woody Allen's A RAINY DAY IN NEW YORK) or which is being shown exclusively before the German cinema release (JUDY with Renée Zellweger as Judy Garland). Which made a special impression at a big festival (e.g. THE PEANUT BUTTER FALCON, this year's winner of the Audience Award at the South by Southwest Festival) or which is an unusual crowd pleaser (CANARY from South Africa).