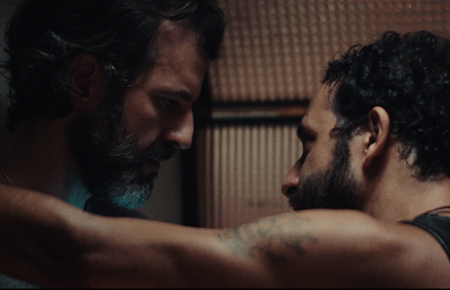 For the third time already the Association for Sexual Emancipation (VSE e.V.), presents a series of movies apart from the heteronormative cinema. The queer series stands for diversity and accepting alternative ways of living. Five movies are nominees for this year’s Queer Movie Award of Lower Saxony. The central goal of the film prize awarded by the Queeres Netzwerk Niedersachsen (QNN), is a stronger visibility of les-bi-gay, trans*, inter and queer film making (LGBTQI*). Film is a medium, which is able to teach, enrage, arouse and of course entertain. This medium is capable of bringing people together like no other and we are excited for the discussions arising around those movies and for one or two new insights. Que*rschnitt is a cooperation between the BIFF and the Association for Sexual Emancipation and is funded by the Lower Saxonian Ministry for Social Matters, Health and Equality in the framework of the campaign "For sexual and Gender-Diversity* in Lower Saxony".