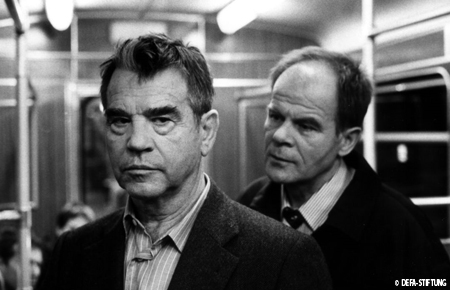 In 1989 the film festival presented "Movies from the DDR" – a retrospective of the DEFA director Roland Gräf. On november 9th 1989 Gräf witnessed the fall of the wall, while staying in Braunschweig as a guest of the festival, together with his wife, dramaturgist Christel Gräf, and actress Jutta Wachowiak. 30 years later the film fest lights up the historic event with a multi-part project: with the focus on the last generation of DEFA directors and actors and actresses. Those, who were not being heard during the turnaround, due to the dominant western perspective, are able to speak up. Next to the instinctively repeated triad – Stasi, dictatorship and unjust state – how was life in the DDR and what change did the people want? What did they live through during the unification process? All this will be discussed with our guests by moderator Cornelia Klauss (film scientist) at the end of the series of events. The project is supposed to offer a contribution to a differentiated image. A photo exhibition with pictures by Roland Gräf, a theater piece with Jutta Wachowiak and selected movies – mostly DEFA productions – review a time shortly before and after 1989 and identify a historic moment.